China and Italy has maintained the cooperation in particle physics for over thirty years. The Institute of High Energy Physics (IHEP) of the Chinese Academy of Sciences and the Italian National Institute of Nuclear Physics (INFN) are the institutes mainly responsible for this cooperation. Their remarkable cooperation in particle physics, including experimental projects, experimental researches, joint laboratories and established annual conference mechanism, has promoted the Sino-Italian scientific and technological cooperation and exchange and therefore is a successful cooperation model between the two countries.

1980s witnessed both institutes' collective participation in the ALEP experiment at the European Center for Nuclear Research (CERN), marking the beginning of Sino-Italian cooperation in particle physics. Later, China sent a team to Italy to participate in the LVD experiment at Gran Sasso National Laboratory and the KLOE experiment at Frascati National Laboratory. Since then, both institutes have had more cooperation and exchange: in 1995, both institutes explored the use of unique high-altitude advantages of Tibet to establish ARGO experiments and launch the cosmic ray research here on the roof of the world. The experimental scheme of ARGO was proposed by Italian scientists. This experiment was supported by Sino-Italian agreement on scientific and technological cooperation in 1998, officially approved in 2000 with all the detectors installed and put into physical operation in 2006. During this period, fruitful results were achieved, with over 40 scientific papers published. In 2013, the experiment ended the operation. Through such cooperation, the Chinese team has improved with more experience and grown, and some large-scale experiments based in China have begun to step onto the world stage. 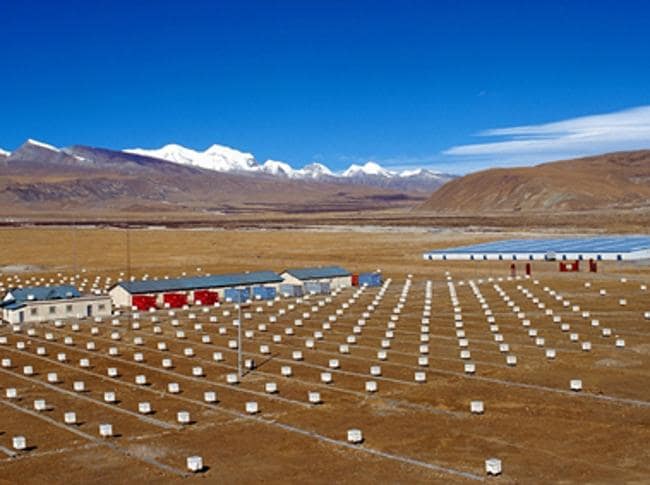 Along with the consolidad and strengthened foundation of scientific and technological cooperation, in 2004 and 2005, the Ministry of Education, Universities and Research of Italy signed memorandums of understanding on cooperation with the Ministry of Science and Technology of China and the Chinese Academy of Sciences (CAS) respectively, then two countries gradually strengthened their cooperation in basic research fields. In 2008, CAS and INFN signed an agreement on building a joint laboratory. In 2012, IHEP and INFN decided to establish the annual conference mechanism to coordinate and guide the cooperative projects and continuously promote the normative development of their cooperation. The establishment of this mechanism has played a positive role in promoting IHEP-INFN cooperation in the fields of particle physics, astrophysics, accelerator physics and related technologies.
The construction of modern high-energy accelerators is generally in the form of colliders. In 1960s, AdA, the first electronic Collider in the world built by Frascati National Laboratory marked a new era of accelerator development. Beijing Positron-Negative Collider built by HEI is the first high-energy accelerator of China, with nearly 500 scientists from 62 universities and research institutes of 14 countries participating in the international cooperative team of Beijing Spectrometer III. The brightness detectors and internal track chambers designed and constructed by Turin University, Ferrara University and Frascati National Laboratory of Italy played an important role in Beijing Spectrometer III Experiment. In recent years, Beijing Spectrometer III Experiment has realized many remarkable achievements, such as the discovery of new particles of Zc (3900), which was ranked as the top of 11 important physical achievements in the year of 2013 by Physics of U.S..

Jiangmen Neutrino Experiment (JUNO) is the second large-scale neutrino experiment hosted by China following Daya-Bay Experiment. Neutrino mass order determined by Reactor Neutrino Oscillation is of great significance to understanding the basic micro-structure of matter and also the origin and evolution of the macrocosm. Because of its scientific objectives and unique advantages, the international cooperative team, since its establishment in 2014, has attracted a large number of Chinese and foreign scientists. Currently, over 580 researchers from 72 research institutes of 17 countries and regions, including Italy, have participated in the Experiment. Professor Gioacchino Rannucci from University of Milan serves as the associate spokesman for the cooperative team. With the accumulated experience in previous neutrino experiments, researchers from Italian National Institute of Nuclear Physics participated in the development of high-performance liquid scintillation of detectors, a core subject in JUNO, and also in developing high-performance electronics and trigger systems as well as anti-coincidence detectors.

IHEP-INFN cooperation has been supported and recognized by the governments and relevant organizations of both China and Italy. In 2015, Ms. Stefania Giannini, Minister of Education, University and Research of Italy, visited IHEP and expressed her appreciation for Sino-Italian cooperative achievements in the field of particle physics. In 2016, in recognition of his great contribution to promoting Sino-Italian scientific cooperation, the International Science and Technology Cooperation Award of the People's Republic of China in 2015 was awarded to Professor Carlo Rubia, a renowned physicist who has long cooperated with IHEP.