China-Italy Cooperation in the Belt and Road Initiative

Italy is one of the earliest countries in Europe to carry on trades with China. As early as 2,000 years ago, the famous Silk Road has closely tied the two great ancient civilizations. The frequent trips of envoys of friendship such as Marco Polo, Matteo Ricci and Giuseppe Castiglione have promoted in-depth economic and cultural exchanges between China and Italy and built a bridge of friendship across time and space for the people of both countries. Especially after the Belt and Road initiative was put forward, the high-level exchanges between the two sides have been increasingly frequent, political mutual trust has been continuously enhanced, the field of exchanges has been widened, and the results of cooperation have been significantly enriched, which has brought tangible benefits to the people of both countries.
In the context of the Belt and Road initiative, China and Italy signed the Four-year Action Plan for Strengthening Cooperation on Economy and Trade, Culture and Science and Technology (2017-2020) in 2017.
On July 3, 2018, China-Italy the Belt and Road Exchange and Promotion Association, jointly sponsored by more than 10 Chinese and overseas Chinese living in Milan, was established in Milan with the approval of the Italian government.
On August 21, 2018, the Italian Ministry of Economic Development announced the establishment of China Task Force, aiming at establishing a mechanism for dialogue between the government, business circles and society, and further strengthening the economic and trade relations between China and Italy.

China-Italy Industrial Park Provides a Platform for China-Italy Cooperation
The China-Italy Ningbo Eco-garden is an important supporting platform to integrate into the construction of the Belt and Road.
Witnessed by the Chinese and Italian Prime Ministers, the Ningbo Municipal Government and the Italian State Administration for the Introduction of Foreign Investment and Enterprise Development signed the Cooperation Agreement on the Cooperative Development and Construction of China (Ningbo) Italy Industrial Park Project in Beijing, and China (Ningbo) Italy Industrial Park was formally settled in Yuyao Economic Development Zone Binhai New Town.
As of October 2018, forty-two new products have been signed with a total investment of over 10 billion yuan, including Aux High-end Kitchen Appliance Industrial Park, Italy High-end Door Industry, Graphene Application and Development and other projects. A number of domestic and foreign high-quality projects have been further negotiated, such as Sunward Tech Aircraft Manufacturing, Canaan Frontier Science Park, Alfagomma Hydraulic Hose, Tecno and Moak Coffee.
There are more than 100 registered foreign-funded enterprises in China-Italy Ningbo Eco-garden. Twelve projects have been put into practice, including Geely's 300,000 vehicle production lines with a total investment of over 20 billion yuan, China-Italy Tuscity, Beidou Navigation's Autonomous Network Civil-Military Integration and JJE's New Energy. Fourteen new projects, including Sweden's Shenggu Solar Energy, Forehope Microelectronics IC Packaging and Testing Phase I Project, and UPN, have been put into operation. The number of projects that come into operation has increased in leaps and bounds compared with the same period last year. Especially the four projects such as Forehope Electronic, Rivamed Internet of Things, Guoxing Automobile Interior Accessories, have reached the “China-Italy speed” of “coming into operation and putting into production in the current year”. 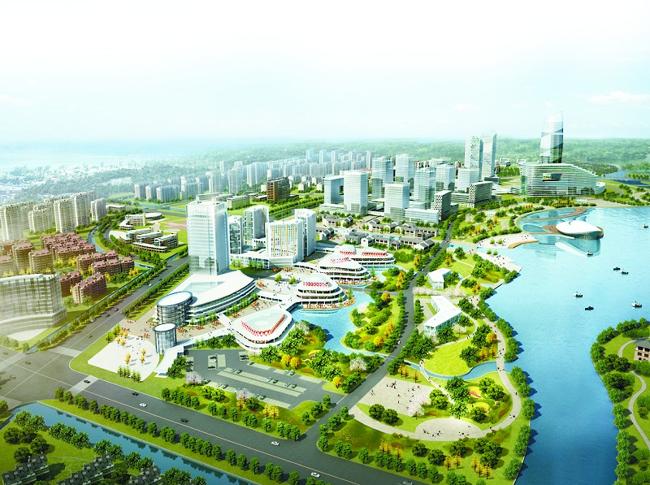 China and Italy are the Important Trading Partner to Each Other
Italy has become China's fifth largest trading partner in EU, the third largest technology importer, the fourth largest export market and the fifth largest source of imports. The bilateral economic and trade cooperation has developed from a single trade in goods to a pattern where trade in goods, trade in services and investment cooperation go hand in hand. In 2017, China-Italy bilateral trade volume reached 49.6 billion US dollars, with year-on-year growth of 15.1%. China's exports to Italy totaled 29.17 billion US dollars, with year-on-year growth of 10.5%, and imports from Italy totaled 20.43 billion US dollars, with year-on-year growth of 22.2%. Within Europe, Italy is the third largest country to attract Chinese investment after Britain and Germany.
Since 2008, Chinese enterprises have invested in a number of major Italian enterprises through equity participation, mergers and acquisitions. According to the latest statistics of ICE, three hundred investment groups from China (including Hong Kong) had invested in 641 Italian enterprises as of 2017, involving 32,690 employees, with total revenue of 1799.1 billion euros. Specifically, CNCC acquired a 65% stake in Pirelli, an Italian tyre company, at a price of 7 billion euros, making it the largest single investment of Chinese-funded enterprises in Italy so far. As a large central enterprise among Fortune Global 500, CNCC runs many brands such as “Aeolus Tyre”, which ranks forefront in the world all year round in terms of tyre export, but has little international influence. Pirelli is the fifth largest tyre manufacturer in the world, ranking first in the world's high-end market, and is the official tyre sponsor of the F1 race. The strong combination of CNCC and Pirelli will enable Chinese enterprises to have direct access to the second echelon of the global tyre industry.
The acquisition of Chinese capital has provided many Italian enterprises with the opportunity to go into the Chinese market, which has integrated the sales of these enterprises in Italy, China and the world, thus increasing the turnover of Italian enterprises and reducing the operating costs.
The acquisition of Chinese capital also creates conditions for the sharing of technology and patents to some extent. In most cases, the intellectual property sharing of China-Italy enterprises is not a unilateral act of “China's introduction of Italian technology”, but a mutual act. Intellectual property sharing is of great benefit to enterprises in both countries in creating new products and exploring new markets.

Cooperation on Renewable Energy
In May 2017, the Action Plan for Strengthening Cooperation between China and Italy on Economy and Trade, Culture and Science and Technology Cooperation (2017-2020), signed by the two countries, identified cooperation in the field of sustainable energy and environment as one of their priority areas. Among the world's major economies, Italy ranks at the bottom in terms of carbon dioxide emission intensity per unit GDP. If China achieves the same intensity of carbon dioxide emissions as Italy, it can reduce its carbon dioxide emissions by 65%, totaling 645 million tons per year, about 18% of the total carbon dioxide emissions worldwide.
In 2014, China's State Grid took a stake in Cassa Depositi e Prestiti Reti (an Italian state-owned bank), which enabled State Grid to take a stake in Terna (an Italian power grid operator) and Snam ReteBas (an Italian natural gas operator).
In 2000, China's Ministry of Environmental Protection (MEP) and Italy's Ministry for the Environment, Land and Sea (IMELS) signed a joint declaration on environmental protection cooperation and initiated the Sino-Italian Cooperation Program for Environmental Protection (SICP). The joint declaration affirms that the regional and global nature of environmental issues, the urgency of seeking sustainable and effective solutions through international cooperation, and the importance of joint action between China and Italy.
The two countries agree that cooperation on environmental protection should be guided by bilateral agreements and international declarations or agreements between China and Italy, such as rio declaration, Montreal Agreement on the protection of atmospheric ozone layer, Convention on Biological Diversity, United Nations Framework Convention on Climate Change and Kyoto Protocol. The aim is to strengthen cooperation between the two countries in the fields of atmospheric pollution control, water quality management, waste management, cleaner production, substitution of ozone-depleting substances, energy efficiency, sustainable agriculture and biodiversity.

Infrastructure Cooperation
Huawei set up its first overseas technology research and development center in Italy in 2011, and has established cooperation with Italy's top three mobile network operators, Telecom Italia, Vodafone and WIND. In the privatization process of the telecommunications industry in Italy, Chinese enterprises that have accumulated rich technology and experience in the telecommunications industry, including Huawei, ZTE and other telecom equipment suppliers that have carried out cooperation locally, have bright prospects.
The cooperation between China and Italy on the road and bridge mainly involves exchange and cooperative development of advanced technology. In 2007, Italy's Archimedes Bridge International Co., Ltd. cooperated with the Institute of Mechanics, Chinese Academy of Sciences to build the world's first submerged floating channel in Thousand Island Lake, Zhejiang Province, that is, a 100m long submerged floating channel that meets the requirements of environmental protection. In the future, Chinese enterprises can further strengthen their technical cooperation with Italian highway enterprises, especially in the fields of highway and bridge construction concept, environmental protection, user customization and latest R&D technology.
At the end of 2017, CRSC and Italy's National Railway Engineering Corporation signed the first memorandum of understanding on strategic cooperation in the field of rail transit, pioneering the cooperation between the two central railway enterprises. The technology of CRSC can provide customized and one-stop turnkey projects for rail transit users worldwide. These customized and precise services can save a lot of costs for the rail operator, while ensuring the process, digitalization and speed of railway operation. After the signing of the memorandum, the two sides formulated a detailed cooperation plan based on their respective technical advantages and industrial status. Some cooperation projects have quickly entered the preparatory start-up stage.
In 2017, China-Europe Train in the context of the Belt and Road was accessible in Italy. With the formal opening of Chengdu-Mortara line, trains loaded with products “made in Italy” will continuously bring Italian products to China, which is of milestone significance to Italy.