«Eurobonds and safe assets: we need more tools to save the euro»

Prof. Truger is one of the “wise men” advising the German government: he warns that the Euro area is not ready to deal with a serious economic crisis

Prof. Dr. Achim Truger was appointed to the German Council of Economic Experts in March 2019. Since April 2019, he has been Professor of Socioeconomics, with a focus on government activity and public finances, at the University of Duisburg-Essen. In this interview with IlSole24Ore, he warns that, as it stands, “the Euro area is not ready to deal with a serious economic crisis” and the euro risks to break-up unless more European tools are put in place, such as eurobonds or safe assets with the ECB as lender of last resort. As for Italy, Prof. Truger says that the stress on the Italian population has been too strong for too long and Italy deserves more solidarity and more support from Europe.

Prof. Truger, it is too early to predict the dimension of the impact of the coronavirus on the European economy. Italy, Germany and other countries are mildly increasing public spending with extraordinary measures to fight against the epidemic. Will this be enough?
I agree with the OECD, and on a two steps approach. The first set of measures should be addressed to the health system and to guarantee firm's and banks liquidity and short-time work to prevent dismissals. These are short term measures to bridge the crisis. Then if the crisis should continue, the second step would be stimulus packages. Both steps can be done in Europe mostly even within the exceptions provided by the given fiscal framework.

But should Europe or the Euro area make deeper reforms to change EU institutions and the economic policy in general, in order to have all the tools to tackle the next crises?
It is clear to me that something more fundamental about economic policy in the EU must be addressed, and something in the direction of more economic convergence and growth will have to be done because as it stands the Euro area is not ready to deal with a serious economic crisis: the whole architecture of the euro is fragile and more must be done, in fiscal terms, to strengthen it and support it. 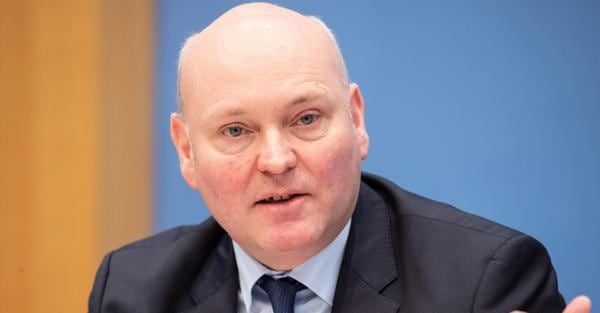 Achim Truger is a Member of the German Council of Economic Experts, Professor of macroeconomics and economic policy at the Berlin School of Economics

What needs to be done?
There are three directions the Euro area has to go to, to avoid the break-up of the euro, and not just to respond to the coronavirus epidemic: 1) safer government bonds, that is, European bonds that are truly safe assets even in times of crisis in individual countries; 2) more room for fiscal policy. There are many ways to do this: through safe assets to finance European projects or with an Euro budget as Emmanuel Macron suggested, or a euro-Fund that would give credit or more leeway to individual countries 3) a European industrial policy to enhance convergence and to prevent the huge imbalances we still have and that risk to become bigger.

You mention eurobonds and safe assets. Confindustria believes this tool is badly needed in Europe. Would you agree?
There are indeed many proposals on euro area safe assets and eurobonds. In a recent report written by Daniel Seikel and myself by the title “The blocked completion of the European Monetary Union” we argued that it is necessary to improve the protection of national government bonds against crises of confidence on the financial markets (with Eurobonds or Euro area safe asset, European unemployment insurance, euro area budget, European Monetary Fund, etc) because with the introduction of EMU, the national central banks have lost their function as guardians of the respective national currency and government bonds. However Eurobonds or safe assets will only achieve their full effectiveness if the ECB will be entitled (and ideally even obliged) to purchase these bonds under some conditions, i.e. if it can and must perform its lender of last resort function – just like other central banks.

Italy represents one of the huge imbalances you mentioned, as its convergence is moving slowly and its economic growth is one of the weakest in the Euro area and the coronavirus epidemic will make it even weaker. What can be done for Italy?
In my view Italy deserves more support and solidarity. Italy's problems are not only the fault of Italy. There has been hardly any country so openly European as Italy. And Italy has done much for integration but by doing so much it also lost many economic instruments for crisis management. And a sole mix of austerity and structural reforms does not work, something else is needed. The stress on the Italian population has been too strong for too long. You cannot put a population in a desperate situation for twenty years: and the result of this, you can see it in the opinion polls. As I said, more must be done to enhance convergence in the euro area. Everything that supports the euro must be done to avoid the end of the euro. The survival of the euro also goes in the interest of Germany, because if the euro breaks up, Germany will obviously pay a high bill.

But Germany always asks Italy to do more homework, to put its house more in order: the German stick comes way before the carrot. Actually, in Italy we don't see the carrot at all …
Very pragmatically I think that a “cosmetic intervention” could be done to help Italy and many countries in the slowdown in the way fiscal rules are measured, in particular for the structural deficit. It would be a big step to increase the unrealistically low estimate for Italy's potential GDP growth which has been below zero cumulatively since 2007. I don't say to increase it to 2% but to raise it to somewhere close to 1%. This would automatically create more fiscal leeway. The European Commission should move in this way.