This sort of rapid growth is a typical case for general growth of China - Europe train throughout China. Ning Jizhe, Deputy Head of National Development and Reform Commission, recently said that China had launched its “The Belt and Road” program since five years ago, and the total number of China - Europe train (excluding those from China to Central Asia) had reached 14,000 by the end of February. The construction of “The Belt and Road” is changing from the stage of “freehand brushwork” in planning and layout to the stage of “fine brushwork” at present and in the future. 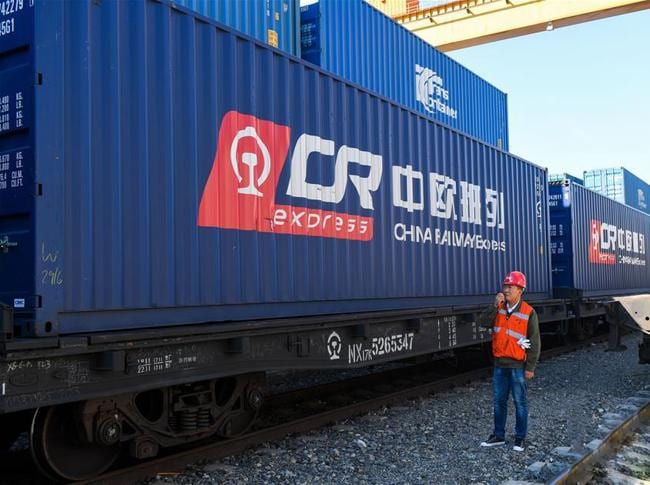 On the last day of 2018, the X9401 goods train departed from Urumqi aggregation center of China - Europe train with a sound of the siren, which is the 1,000th China - Europe train that opened in the year. Since then, another two trains departed on that day, with the annual number of the center's operating trains reaching 1,002, create an annual new high.
As an important hub of the opening-up and interconnection built by Xinjiang Railway Department, Urumqi aggregation center of the China - Europe train issued the first China - Europe train in May 2016. Up to now, it has established cooperative relations with 82 export-oriented enterprises in China, and its freight managements are exported to Guangdong, Zhejiang, Sichuan, Shandong, Beijing, Shanghai, Chongqing and other provinces and cities. The operating scale of it has grown from once a week to three times a day, and the number of lines has reached 20, leading to 26 cities in 19 countries throughout Asia and Europe.

Hu Kaijiang, Secretary of Party Committee of Industry and Information Technology Department of Xinjiang Uygur Autonomous Region expresses that they will carry on the activity of “improvement of quality and increase of efficiency for the westbound trains”, so as to improve the function of the Urumqi aggregation center of the China - Europe train and accelerate the construction of the Urumqi international inland port area. Focusing on the demand of bi-directional goods source organization, to expand the number of cooperative cities of concentrated transportation, support the construction of logistics information platform of westbound trains, and gradually realize heavy to-and-from, efficiency improvement and market-oriented operation of the trains.
Ning Jizhe also discloses that “The Belt and Road” facility connection is operating, the China-Laos Railway, China-Thailand Railway, Djakarta-Bandung High-speed Railway, Hungary-Serbia Railway and other projects promote solidly, and the Gwadar Port, Hambantota Port, Piraeus Port, Khalifa Port and other projects run smoothly. In the past five years, the total goods trade volume between China and these countries along the “The Belt and Road” has exceeded 6 trillion U.S. dollars. Last year, China directly invested 15.6 billion U.S. dollars in these countries along the “The Belt and Road”.