Who is going to save afghan cultural heritage?

The international bureaucracy is preventing international bodies from intervening to safeguard heritage at risk, not only in Afghanistan but in all those countries where there is strong political instability. Yet, according to Noor Agha Noori, director of the Archaeological Institute of Afghanistan, it could be the only solution

On April 19, 2021, the Manhattan District Attorney’s Office returned 33 stolen antiques for $ 1.8 million to Afghanistan. The antiquities were on sale on the New York antiquities market handled by the convicted Indian dealer, Subhash Kapoor. In 2019, the British Museum in London returned nine fourth-century Buddhist heads and a torso recovered at Heathrow Airport to the Kabul-based National Museum of Afghanistan (MNA). These are added to the 843 antiquities recovered in 2012 by the British authorities and returned to Kabul. The National Museum of Afghanistan, re-opened in 2004, hosts one of the most important collections worldwide of the Persian period, which in the years following the outbreak of the civil war, between 1996 and 2001, due to the Taliban looting have lost about 70% of its assets. Since 2007, thanks to international operations, the National Museum of Afghanistan has repurchased much of its original collection, although it has been estimated that about 20% o is still on the black market. Today, with the proclamation of the Islamic Emirate of Afghanistan, new worries rise for the future of Afghanistan cultural heritage and of those who try to protect it on a daily base, with almost a complete lack of the support of the international community. On this issue, on 14 September 2021, during the international conference on “The fight against the illicit trafficking of cultural assets: for a strengthened global dialogue” organized by UNESCO, the lawyer and editor of Cultural Property News, Kate Fitz Gibbon, was very critical about the role of UNESCO, international bureaucracy attached to UNESCO Conventions, and what UNESCO could do to better help countries facing art market turmoil like Afghanistan. We talked about this with the Director of the Archaeological Institute of Afghanistan, Noor Agha Noori, whom ArtEconomy24 interviewed exclusively. 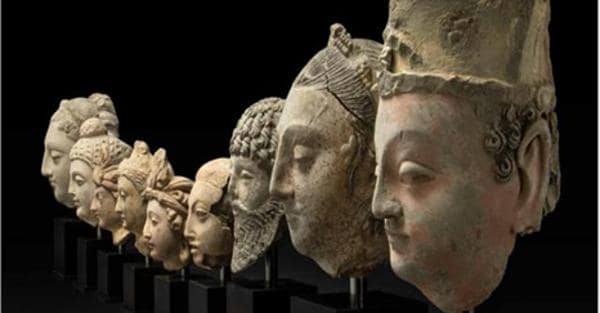 Which policies have you implemented to keep the Afghan heritage safe?
Currently, there is no legal procedure to follow in heritage safeguarding as the Taliban rejected the Constitution in force, which is the backbone of the country’s legal structure. We had specific laws and regulations in place for the management and safeguarding of our cultural heritage. Today, museum’s governance, the Archaeological Institute and cultural authorities are employing their own pre-existing expertise to handle the situation. However, since the Taliban are governing the country now, they have the right and responsibility of our shared heritage, therefore, it is very hard to foresee the future at this point: what they want, what would be their agenda, what would be their approach to safeguarding our national heritage. Based on recent history, and the Taliban recent behaviour towards professionals working in the cultural heritage field and antiquities, we have little hope, but the future is unpredictable. The Taliban have promised to protect Afghan cultural heritage from looting and destruction and public collection. As the Talibans are a religious group, the professionals working in the museum sector fear for pre-Islamic heritage. Unlike in the past, this time we are in possession of inventories of museum collections and documentation relating to archaeological sites that can help us protect and rebuild.

What's your opinion on the restitution of artifacts awaiting to be returned to Afghanistan?
The recent change in our government provides opportunities to the looters. We are afraid that history will repeat: when the Taliban occupied Bamiyan, they looted many antiquities. These unprovenanced antiquities are now sold in the balck market or at public auctions. Today, Afghanistan has ratified the 1970 UNESCO Convention on the Means of Prohibiting and Preventing the Illicit Import, Export and Transfer of ownership of Cultural Property, the 1995 UNIDROIT Convention on Stolen or Illegally Exported Cultural Objects, and the 1954 Hague Convention for the Protection of Cultural Property in the Event of Armed Conflict. In the last two decades more than 10000 artifacts have been returned from various countries around the world (Uk, Japan, Sweden, Usa, Switzerland, France, to name a few). We believe that there are still thousands of artifacts located in various countries which were illegally transported by smugglers. I would recommend the international community and neighboring countries to ban the entry of artifacts from Afghanistan; this is what the UNESCO Conventions require State Parties to do.

Safe havens: in favour or against?
I am totally in favor of safe haves. Luckily, a few years ago, Afghanistan ratified The Hague Convention (1954). Based on the articles of the Convention, State Parties can build safe rooms outside of conflict areas, in third countries to store their cultural property in danger. With the support of a team at the Ministry of Information and Culture, I started to transfer the most important Afghan antiquities to some western countries, like the United States, but unluckily things have quickly escalated and we were not able to complete the task. I believe this operation could be continued with the concrete help of the international community. If UNESCO would take the lead, we could still save our heritage.

Any chance you could work with the current government to prevent looting?
This is a question for the future, as right now no one at the government understands the urgency of the protection of cultural heritage from looting. Furthermore, even if the Taliban central authority publishes a statement agreeing to safeguard Afghan national heritage, I am afraid that local commanders of Taliban groups-who are mostly illiterate people who only attend religious school-will not understand the importance of heritage sites and will protect looters and smugglers.